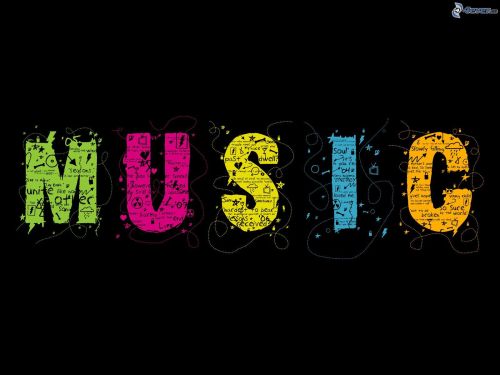 1. May You Never – John Martyn

3. No Children – The Mountain Goats

5. Nothing But The Same Old Story – Paul Brady

In my mind, Bob Dylan is without an equal in the modern living songwriter stakes – he is our poet laureate and Shakespeare and oracle all wrapped into one. But there are several other lyrical and melodic masters that I adore that I would love to share with you. For some of you, these names are not new and for others only a handful may be familiar. Either way, all of them will hopefully resonate with you and open a new world or extend existing ones. I urge you to seek out more of their work and listen to it. There is nothing quite like the joy of discovering a fantastic new musician or poet and then realising that they have a huge body of work to dive into. Life is good to us sometimes!

The Mountain Goats are one of those best-kept-secret bands that are whispered about in hushed reverence by those who know about them. I am one such fan, but I want to shout about them. John Darnielle is one of the great living songwriters and each song brims with intelligence and humanity. He began his songwriting career by recording songs onto hissy tapes on a boombox and garnered a deserved cult following. In recent years he has released full studio albums (often incredibly realised concept albums) and enlisted the help of talented bandmates to produce glorious, gorgeous songs about the world we live in. Many of Darnielle’s songs manage to tell a compelling story with great characters, while swinging around a hooky melody and killer chord changes. All in 4 minutes. All delivered in his trademark, arresting singing voice. Yep. John Darnielle rules.

What album should I start with? Tallahassee

When they put together those lists of the best bands and albums of all time, Wilco rarely show up on them. But anyone who knows their music and who has seen their live shows know that they might not be the most popular but they are the best. Jeff Tweedy writes songs with such invention, melody and emotion that you would be hard pushed to find many better living songwriters with such a volume of high quality songs. From the alt-country simplicity and beauty of a song like “Box Full Of Letters” to the brainbending oddity of “I Am Trying To Break Your Heart“, Tweedy has the capacity to wrap words around chords in a truly compelling and original way. History will remember him as one of the greats.

What album should I start with? Yankee Hotel Foxtrot

I remember when I first heard Katell Keineg’s album “O Seasons O Castles” years ago and being struck by how exquisitely crafted it was, both musically and lyrically. And that voice. Oh my goodness. That voice elevated the entire experience to a near spiritual experience. Some time later I saw her in Whelans and that elegant songwriting seemed to extend to her magnetic presence on stage. Every single song was spellbinding and inspirational. Do yourself a favour and immerse yourself in her songs. You will arise refreshed.

What album should I start with? O Seasons O Castles

Ed Hamell is a one-man folk punk band with explosive songs that tell wild tales of working in upstate New York, delicate ballads about love, powerful political treatises and hilarious stories of a life well lived. To see him live is to witness a hurricane of profanity and sincerity wrapped up in lyrical complexity and cool chords. As a test of his own songwriting skills, he recently embarked on a project where he wrote a song a day for over 440 days! A great songwriter with songs that kick you hard, just as quickly as they tickle your funny bone and tackle your conscience. A true original

What album should I start with? Ed’s Not Dead: Hamell Comes Alive

Alas, Mark Linkous is no longer with us but he left a legacy of incredible layered, inventive songs. I first heard Sparklehorse open up for Radiohead on the OK Computer tour, but my brain wasn’t ready to hear the brilliance on offer. Years later I heard a friend play “Piano Fire” on an acoustic guitar and the stripped back simplicity of the song revealed the pure poetry of Mark Linkous’ songwriting. I immediately returned to my Sparklehorse albums and marveled at the potent production as much as the poetic lyrics. I dare you to listen and not find magic within the layers.

What album should I start with? It’s a Wonderful Life

Ryan Adams is probably one of the more well-known names on this list thanks to his songs “When The Stars Go Blue” and “New York, New York“, but he has a wealth of incredible, captivating songs that are equally worthy of your ears. (He also does an unbelievable cover version of Wonderwall by Oasis.) Adams is a prolific songwriter and has managed to amass a body of work that stands alongside the very best out there. For me it is his ability to bring both melancholy and sweetness in the twist of a word or bend of a note that mark him out as a really great songwriter. Lyrically strong, melodically masterful, consistently brilliant.

What album should I start with? Heartbreaker

Dan Bern is a songwriter in the mould of Dylan and Guthrie, but with his own anarchic, witty songwriting twist. His songs tackle topics from the ridiculous to the sublime and always with real heart. Again, he is best experienced in a live setting, but on record he brings his quirky sensibility to the studio and delivers one fine song after another. His trademark, humorous take on the world shines through best in his marvellous “Tiger Woods” song. Once you have heard it, you will never be quite the same. Dan Bern is a truly prolific songwriter with the ability to write children’s albums as easily as powerful socially conscious albums for an older generation. One of the good guys.

What album should I start with? Fifty Eggs