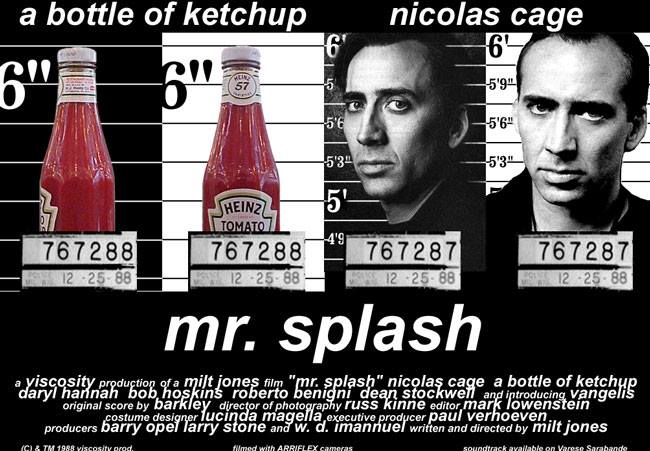 Nicolas Cage has been making increasingly erratic and poor movie choices for some time now. Back in the 90s, for the now defunct artlick.com project, myself and my friend Dave had this mad idea of creating marketing materials & collateral for a buddy road-trip movie, where Cage would star as himself opposite a bottle of ketchup. We wanted it to be just odd enough to seem almost a plausible choice Cage would make. We really got into it and the final mugshot movie poster Dave created up above is an absolute gem – a proper work of art that belongs on a wall – and I would dearly love to see this movie. Presenting Mr Splash…

The idea began I think over lunch one day when we spilled some ketchup on the table and Dave took a photo of it with our trusty digital camera. Somewhere between that moment and our mild obsession with quirkmeister Nicolas Cage as an actor, grew this idea, which was quite simply one of the most fun creative things we ever brought to life. It spawned such a world for us as we explored it, including a whole backstory and history, as well as a visual identity that we gave a lot of thought to. 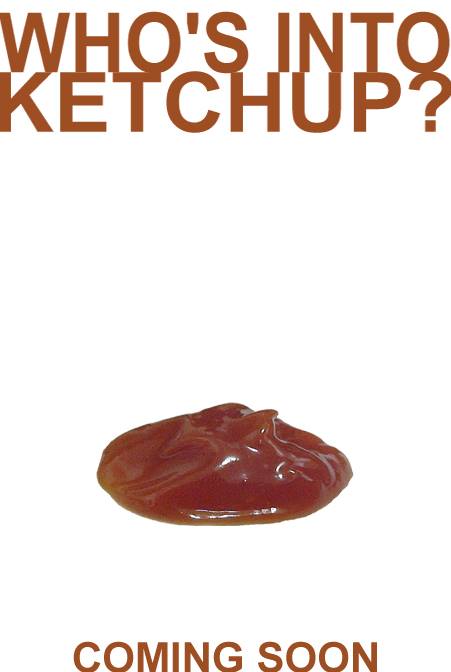 We were very interested in getting the right look and feel for this sort of creative project, so it became important to us to test different variations of ideas and styles for the fake film we were constructing. We landed eventually on the teaser poster above, but we did toy with the slightly more cartoonish noir one below for a while, but eventually discarded it. 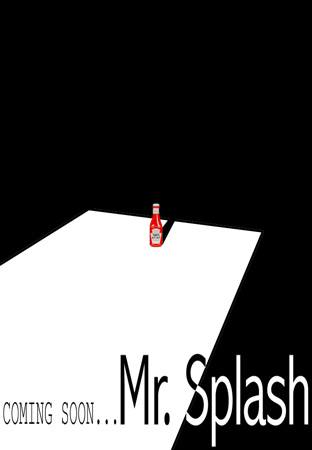 With the visuals starting to take shape, we spent ages (probably far too long) cooking up names for the cast and crew of the movie. I have very vivid recollections of being very precise and specific about this absurd list of contributors, but that level of detail ultimately helped us bring the creative world it lived in to life. There was a particualr moment of giddiness about deciding the score was written by someone called simply “Barkley”, which somehow was a nod to the legendary composer Vangelis. Which then led to us deciding that Vangelis was actually going to make his debut as an actor in the movie! (alongside a rather eclectic international cast, which you can see in the mugshot poster at the very top of this post) 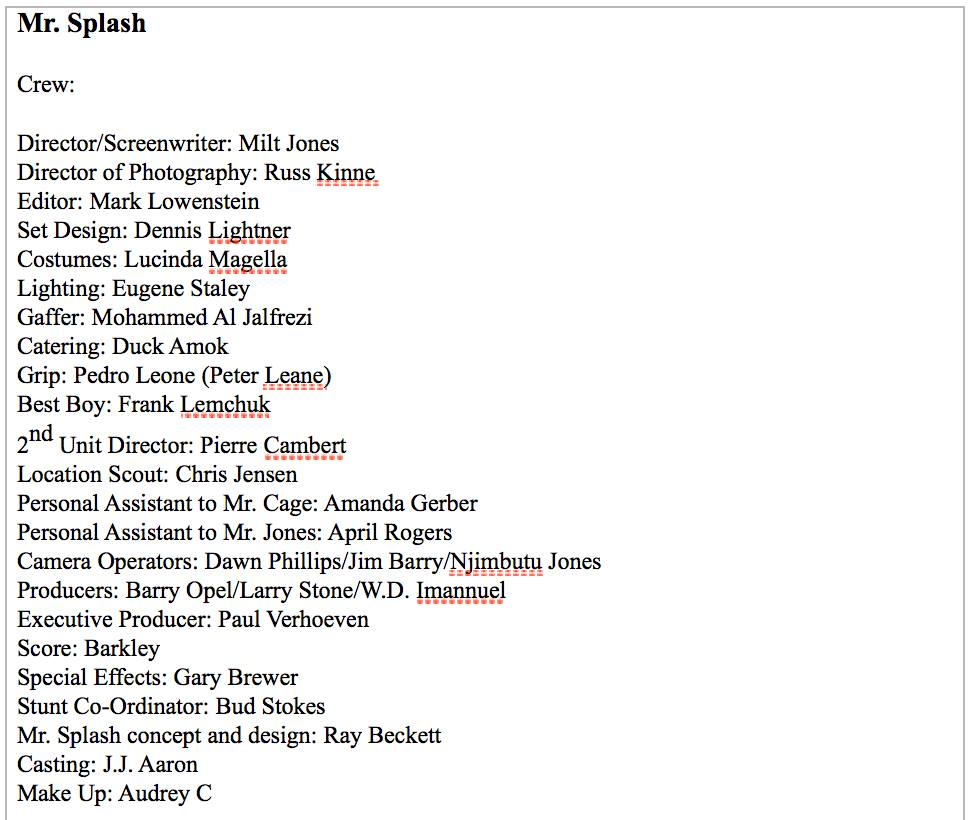 As part of this extensive world building, we then decided to present the archival materials and content from the film on artlick.com as an exclusive peek into the library of self-proclaimed film historian and auteur  (and crushing bore) Raymind Runn, a personal friend of the film’s director. Below is the elaborate, self-indulgent, and deliberately poorly written introduction we used to present Mr. Splash on the website. 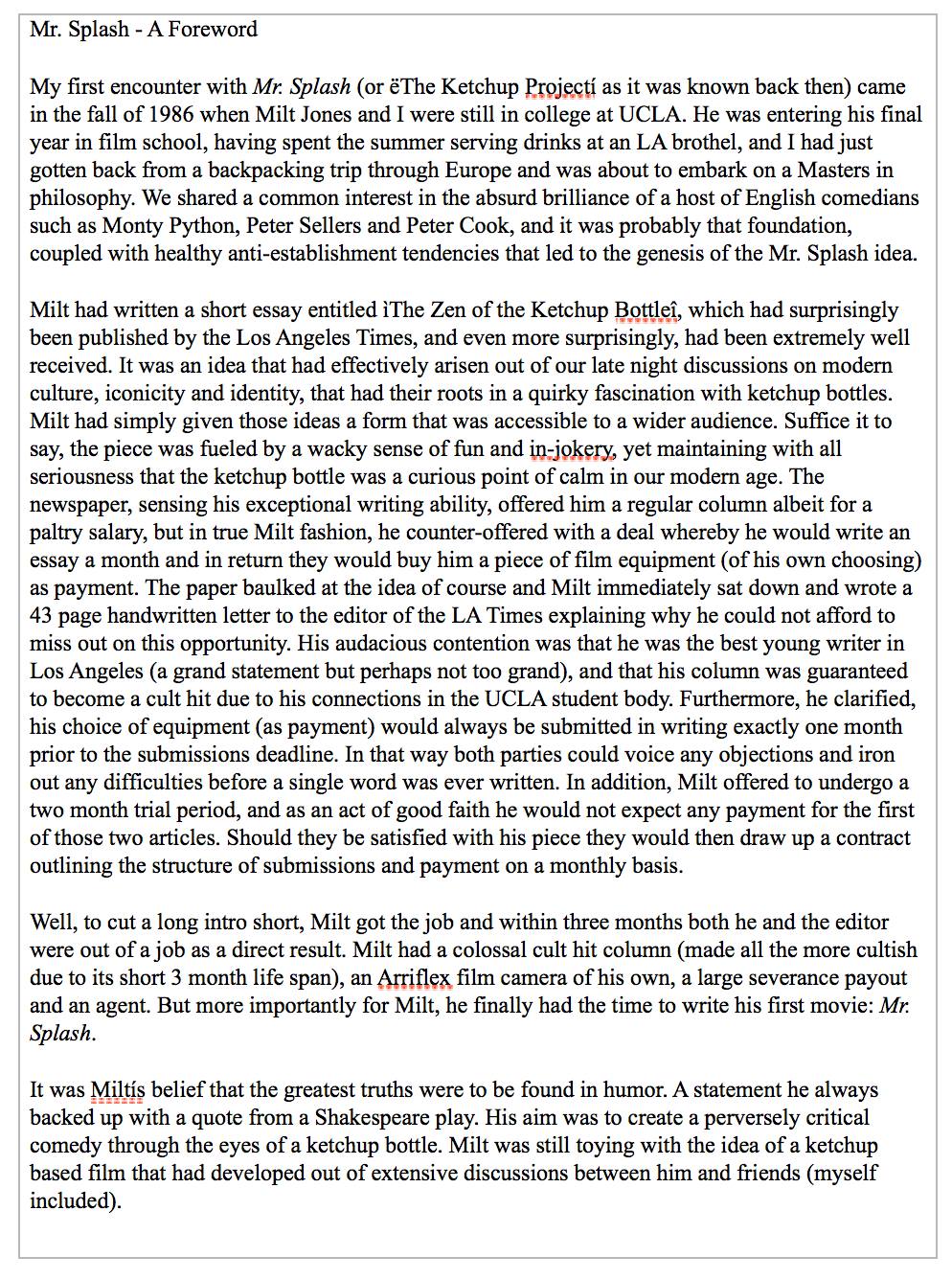 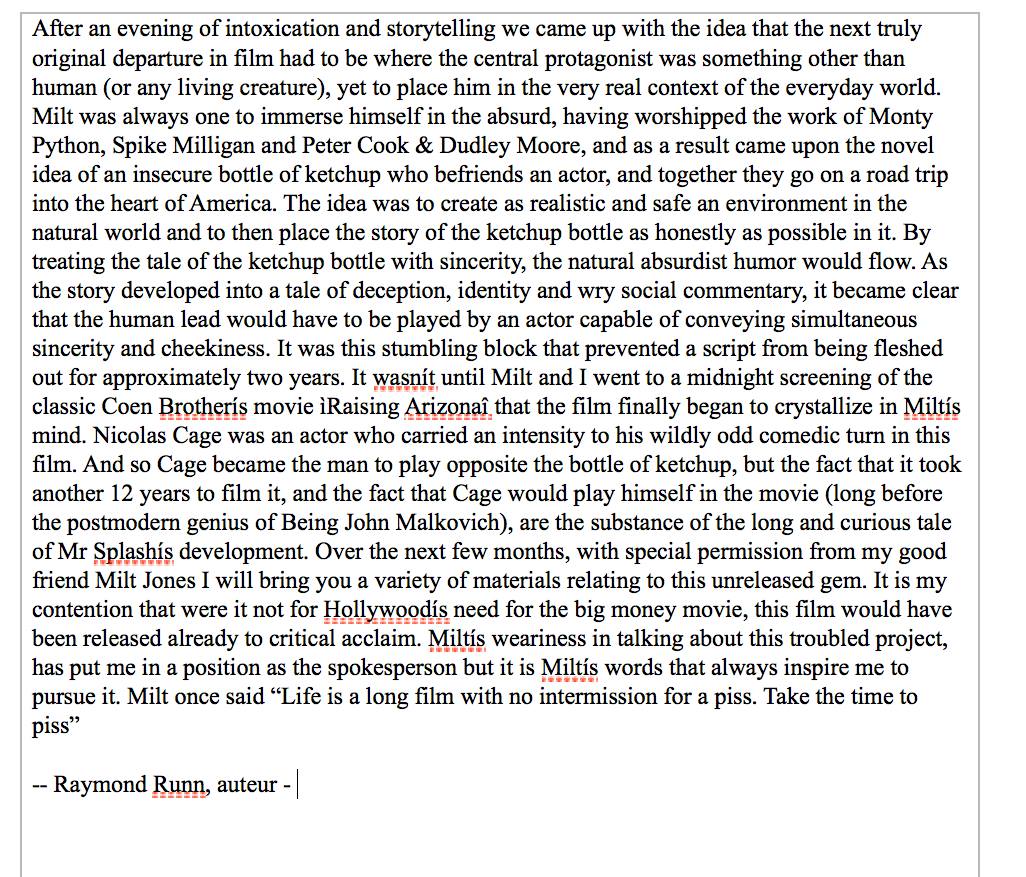 There are other fragments that I can unfortunately no longer find, including a memo from the movie producers outlining a series of changes they required in order to complete the financing of the movie to completion – with ludicrous requests like demanding that it be 17% more funny; adding a scene where someone eats sushi, because people love sushi; giving Nicolas Cage or the bottle of ketchup a catchphrase.

Like so many of the things we created for artlick, we really went deep into the details, and went super specific to our own sense of humour, in the hope that others would follow. And if they didnt, that was ok, because we had an absolute blast piecing it together. Which feels like a good rule of thumb in general for most creative endeavours. It will find an audience. Even if it doesn’t, enjoy it. You might end up with something as funny and simultaneously cool as this poster!